For two days, over 1,000 scholars from all over the world were able to network in a “virtual venue” and take part in 35 talks and workshops – with overwhelmingly positive feedback. For example, there was a ceremonial opening act, not unlike an entertainment show. There were video messages, testimonials by Humboldtians, a science slam, a video featuring the award winners and an entertaining video composition made from Humboldtians dancing and singing to “We are Family” by Sister Sledge. Excerpts from the event can be viewed on the Alexander von Humboldt Foundation’s YouTube channel.

To transform this meeting into a successful online event, it was important for us to focus on the main goal: The Annual Meeting is and will remain in every form primarily a networking event. Through our Virtual Venue, we enabled 900 “brain dates” (bilateral video chats), nearly 100 informative discussions with Foundation staff and almost 4,000 bilateral chat messages.

In addition to the conceptual preparation of the event, con gressa was responsible for the script for the opening, the acquisition of speakers for the Science Talks, participant management and the overall technical support of the event. 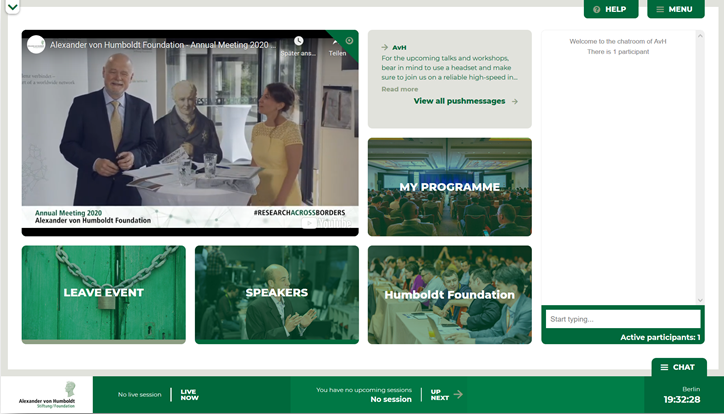 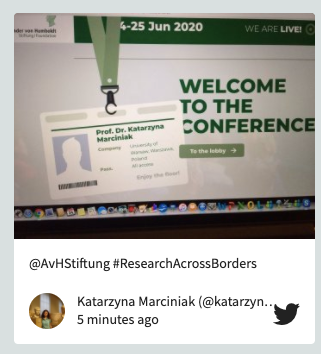 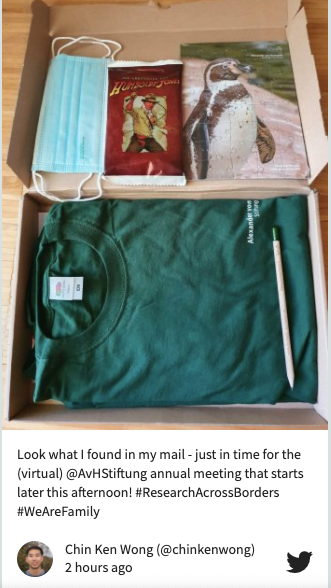