For one week in 2020, about 500 people attended the virtual Heidelberg Laureate Forum (HLF), where selected young researchers from mathematics and computer science were able to interact with laureates of their disciplines. Laureates attending included winners of the Abel Prize, the ACM A.M. Turing Award, the ACM Prize in Computing, the Fields Medal, and the Nevanlinna Prize. Five con gressa staff members were present on site to support during the networking conference.

The event was orchestrated from the Computer Center of the University of Heidelberg with a pop-up studio able to offer editorial and technical support. An extensive scientific program was complemented by various interactive events such as office hours by the laureates which helped facilitate the exchange between the participants. The event also featured online exhibitions and film screenings as well as a poster session and evening talks which took place in a virtual reality environment. There was even a virtual after-conference party on the last evening (with dancing!).

2020 will be remembered as the year of the Corona pandemic – and thus also as the year in which the importance of science journalism for an informed public became abundantly clear worldwide. Individual scientists reached an audience of millions and became important advisors to policymakers and the public. At the same time, the pandemic exacerbated the already precarious economic situation of many media companies.  Against this background, the European conference and event series “Science Journalism in the Digital Age” (EU-SciCon) took a look at the future of science journalism.

Various online lectures and discussions took place from fall 2020 to spring 2021. International media experts from Canada, the USA, Great Britain, Switzerland and Germany examined possible future options for journalism about science from different perspectives. All presentations were streamed live, recorded, transcribed and documented on the event website. The series concluded with an EU-SciCon working conference in Freiburg on May 12, 2021.

con gressa managed the website, organized the online events and supported the implementation of the final conference.

The two-day tenure-track conference took place as a hybrid event both offline and online. At the conference venue, the Berlin-Brandenburg Academy of Sciences and Humanities, hygiene rules took the spotlight. Only very few participants were allowed on site, the half-empty rooms took some getting used to, and the required supply of fresh air made some people shiver.

The online room was on the other hand much more crowded. More than 400 participants followed the conference on the Internet. There was lively discussion via chat walls. Questions were read and answered by an “audience moderator” live. Some speakers were also present (only) online. And although technical measures had been taken to ensure that the panelists could see and hear each other both offline and online, it was not so easy to actively involve all participants in discussions. For the online audience, on the other hand, it worked well. Collaborative tools (padlets) that had been set up for the purely online workshops were also used extensively.

With over 600 participants, the MINT-EC Excellence School Network held its virtual school principals’ conference on November 6, 2020, which also celebrated the network’s 20th anniversary. The gathering on the virtual event platform Let’s Get Digital (LGD) saved some CO2 – at least 62,579.66 kg! STEM-enthusiastic schools had the opportunity to present themselves and their projects at their own booths on the platform, and there were numerous networking opportunities. For example, more than 400 randomly generated conversations took place between two participants at a time in the platform’s so-called networking carousel. Personal video messages to the school principals came from Federal Minister Anja Karliczek and Prof. Dr. Christian Drosten, among others.

LGD was also used for the MINT-EC Digital Forum on February 26, 2021, and ensured that around 600 students and teachers were able to meet for a productive exchange. Other tools integrated into LGD enabled participants to interact and network in individually designed spaces, for example.

con gressa was responsible for the conceptual and organizational planning as well as for the technical support of the conferences.

Held for the first time in Germany and taking place in November 2019 was the Nobel Prize Dialogue – an exchange between Nobel laureates, the world’s best researchers, stakeholders from politics, media and the interested public. The theme of the event was “Towards Health: Equality, Responsibility and Research”.

The Nobel Prize Dialogue originated in Sweden, where since 2012 it has regularly built bridges between science and society during the week of the Nobel Prize awards, honoring the human spirit of invention and research and inspiring shared creative thinking.

The Nobel Prize Dialogue Berlin was a cooperation between Nobel Media AB and the National Academy of Sciences Leopoldina, the German Federal Ministry of Education and Research, the Robert Bosch Foundation, the Volkswagen Foundation and, as an additional supporter, the Lindau Nobel Laureate Meetings. con gressa was responsible for project management, marketing and event organization.

For the Helmholtz-Zentrum Berlin (HZB) we were tasked with holding several online events in different formats and we are happy to announce that we will again cooperate on holding the annual user meeting this year. The annual user meeting is primarily a networking event to intensify scientific exchange and to stimulate new cooperations. The meeting was fully digitized for the first time by con gressa in 2020. The all-in-one platform Let’s Get Digital was used for the conference.

con gressa is active in the area of conceptual and organizational planning for the HZB and is also responsible for technical support in the implementation of various formats including diversity workshops, scientific retreats, specialist conferences).

con gressa has been organizing a variety of events for the Alexander von Humbold Foundation for many years – since 2020 nearly all of them online. Special times require special measures: in 2020 and 2021 con gressa designed and orchestrated, among other things, the foundation‘s annual conference as elaborate multimedia online events. Each running for two days, over 1,000 people from all over the world were able to network in a “virtual venue” and participate in up to 35 talks and workshops – with overwhelmingly positive feedback. In addition to the conceptual design of the event, con gressa also penned the script for the opening, managed the acquisition of speakers for the science talks, handled participation management and was responsible for the comprehensive technical support of the events.

Currently, we are responsible for the Foundation’s annual receptions, the meetings of the International Advisory Board and also the upcoming annual conference. We organize events within the framework of the Philipp Schwartz Initiative and the Humboldt Colloquia, which we hope will soon be held again in person throughout the world. Not only does con gress perform classic agency services such as complete event organization and budget monitoring, participation management, VIP support and designing of publications, we also complement each situation according to the specific requirements of the event format – depending on whether it is an on-site event, a hybrid format or a purely online event, con gressa has the expertise to (further) develop event formats. 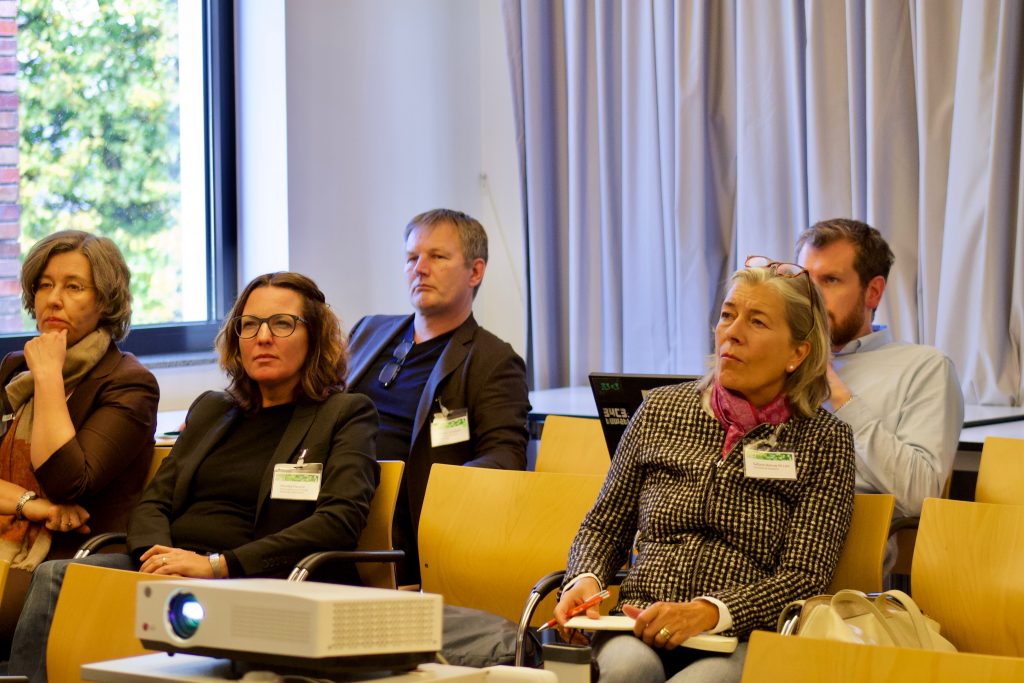 Many scientific conferences have abbreviations that only insiders understand. For us, too, the abbreviations are often confusing – but only until we have familiarized ourselves with the subject at hand. In the case of the second SciCAR conference in Dortmund back in September 2019, it was the caption which clarified the theme of the conference: WHERE SCIENCE MEETS COMPUTER ASSISTED REPORTING. 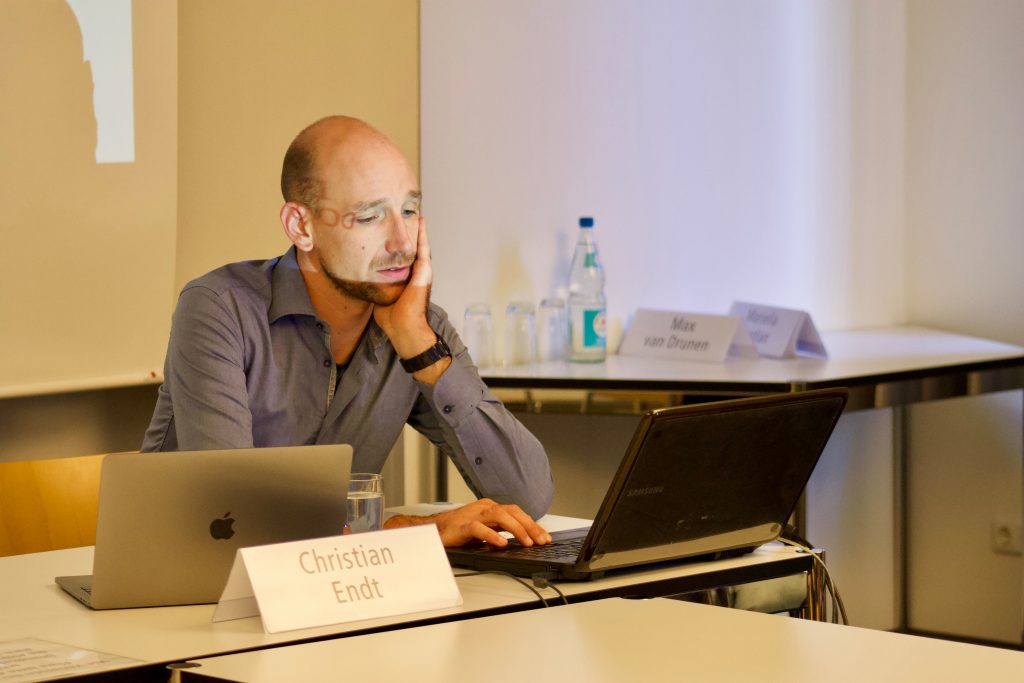 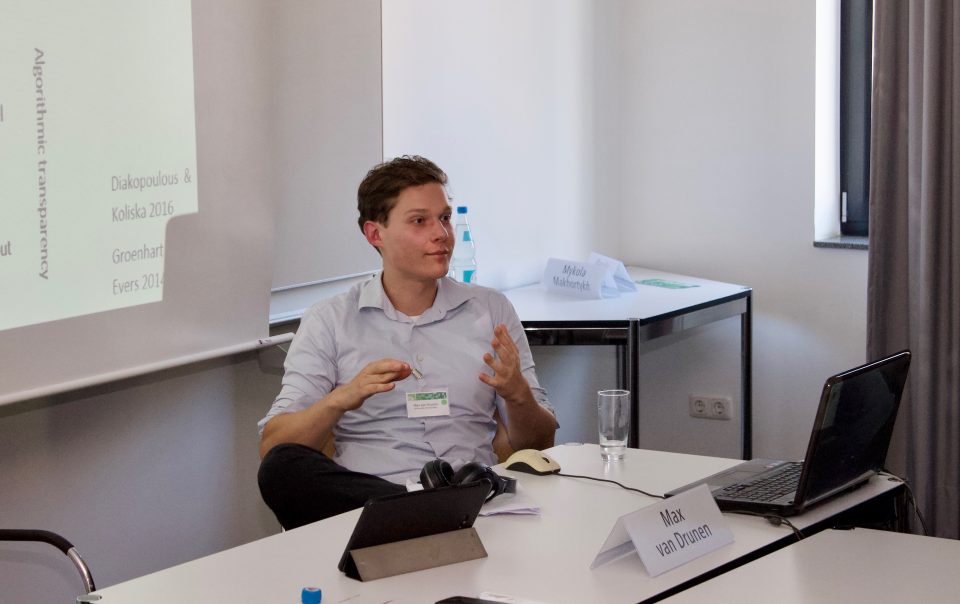 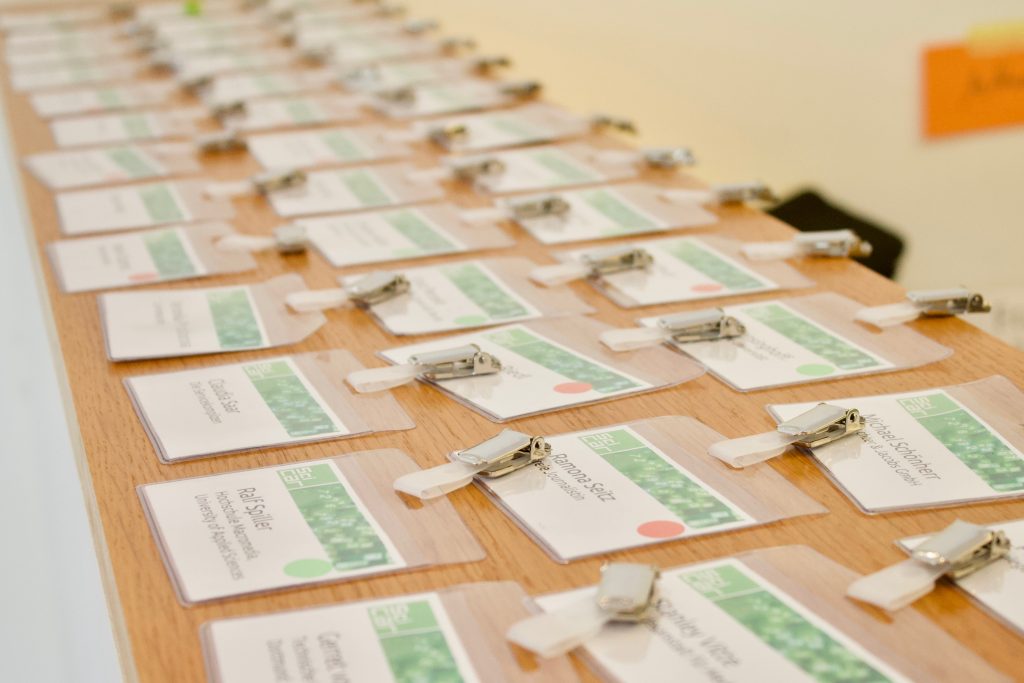 The initiators (the Chair of Science Journalism at the TU Dortmund University, the Science Media Center Germany and the Wissenschafts-Pressekonferenz) will again be inviting participants in 2020 to explore the question in how far the use of scientific methods and new ways to access reliable data can help develop relevant journalistic contributions. 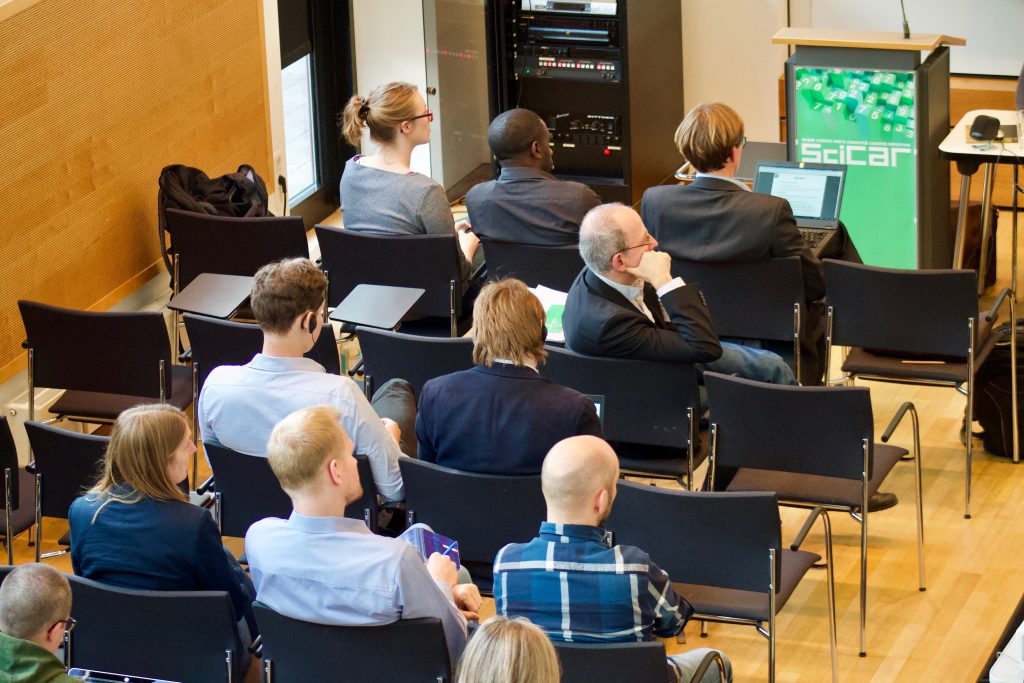 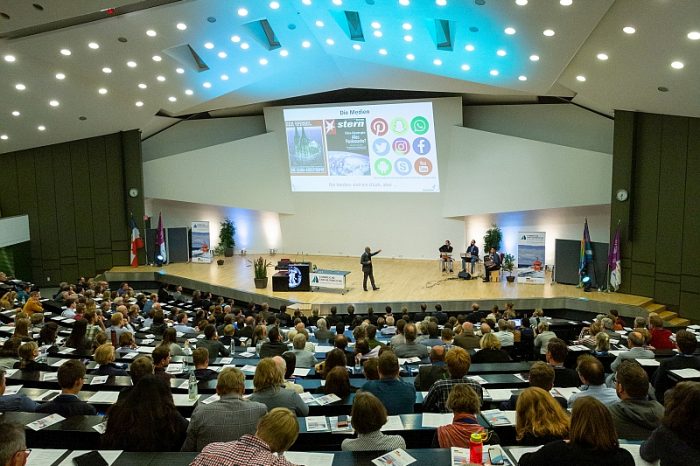 Moin, moin! – These are the greetings of our clients from Kiel, whom we supported in the organization of the German Congress of Geography. At the end of September 2019, around 2,000 specialists from Germany, Austria and Switzerland were welcomed at Kiel University. 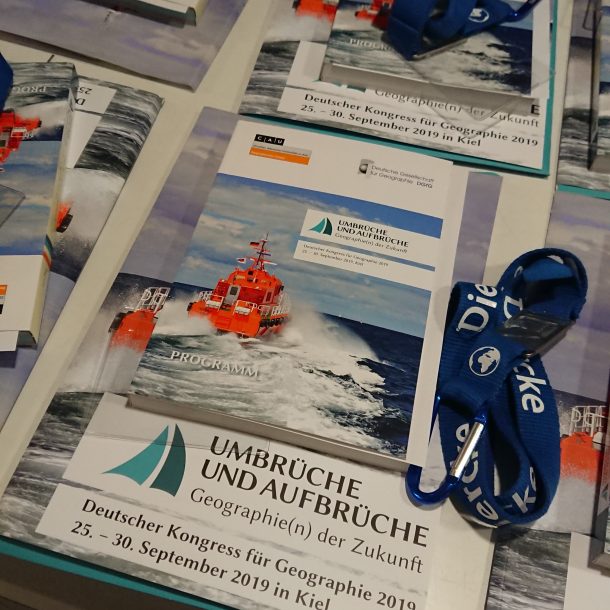 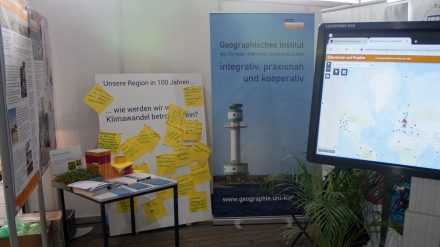 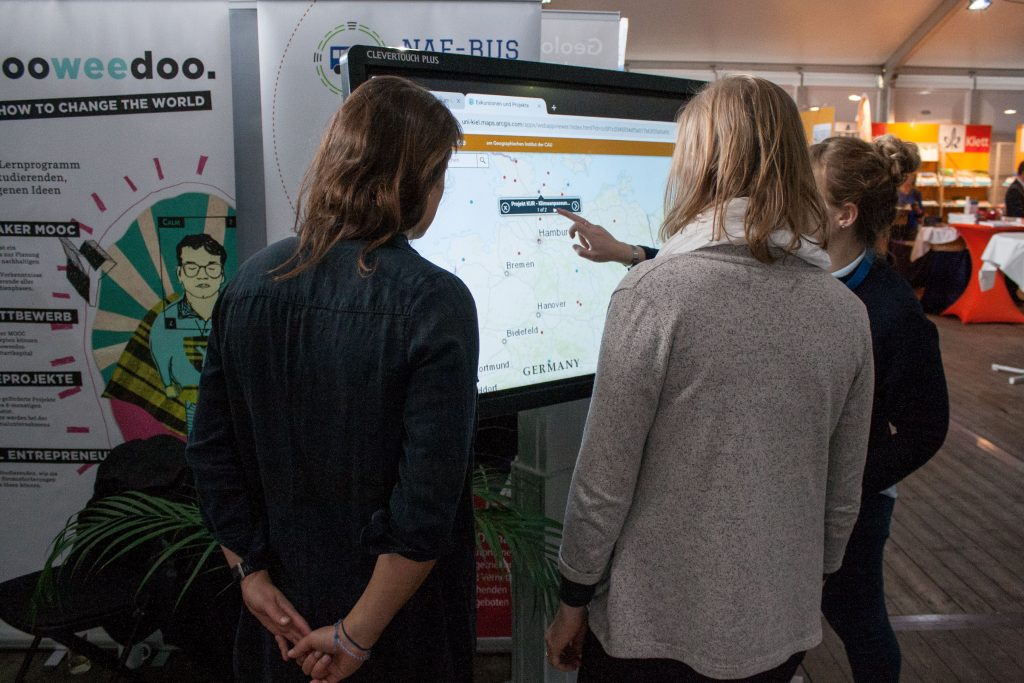 The German Congress of Geography 2019 was all about “upheavals and new beginnings” and the geographies of the future. con gressa took on many tasks: We were responsible for handling the call for abstracts and we organised the vendor’s exhibition. We registered the participants, took care of the website, produced an extensive programme brochure and consulted the organizer throughout the entire preparation period. 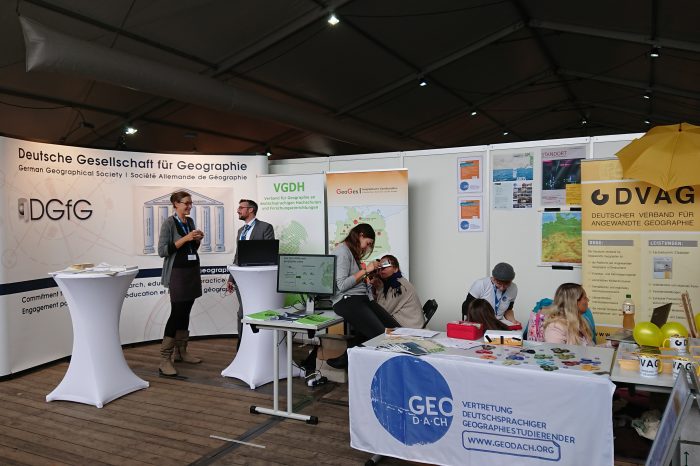